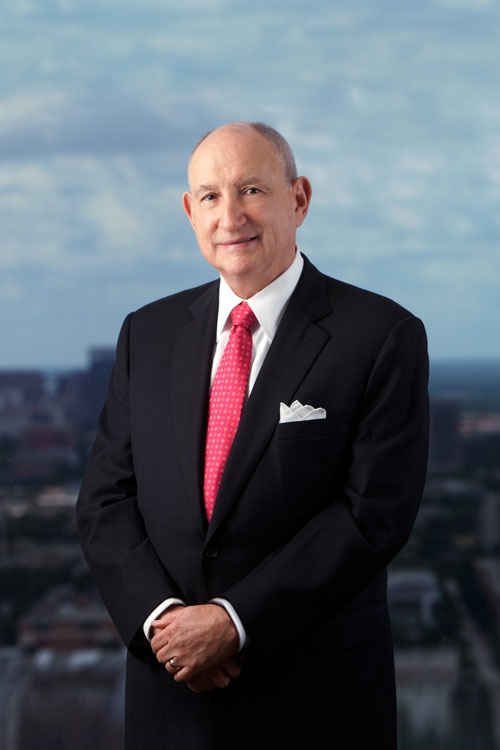 Michael is a well-recognized arbitrator and mediator that draws upon more than fifty years of courtroom and boardroom experience in his Alternative Dispute Resolution practice.

Michael graduated with honors from the University of Texas School of Law in 1966, where he was an Associate Editor of the Texas Law Review. Michael is rated AV by Martindale Hubbell.

After law school, Michael joined the law firm of  Hirsch & Westheimer, P.C. a noted firm located in downtown Houston, Texas. While at the law firm, he served on the firm’s Executive Committee and as President for over 20 years. Beginning January 1, 2013, Michael made the decision to focus his practice almost exclusively on ADR, serving as a mediator and arbitrator as part of his law practice. He stayed with the firm until setting up his independent ADR practice as of July 1, 2020.

Throughout his career Michael has worked in commercial law and began practicing at a time that allowed him to work on commercial transactions and commercial litigation. Michael has broad experience in a wide variety of business transactions and disputes. In 1991, Michael incorporated Alternative Dispute Resolution as part of his law practice and began acting as a mediator and arbitrator, drawing from his years of experience as a transactional lawyer and civil litigator. He is recognized as a leader in ADR. Michael is a former chairman of the ADR Section for the State Bar of Texas, and served on the ADR council. He also served on the inaugural board of directors of the Association of Attorney Mediators, and later as National Director and as National President. In 2011, he was inducted as a Charter Member of the Texas Chapter, National Academy of Distinguished Neutrals, awarded in recognition of a level of excellence in the practice of Alternative Dispute Resolution. In 2010, he became a member of the International Mediation Institute. He is a Certified Mediator by the Texas Mediator Credentialing Association (Credentialed Distinguished Mediator).

Michael served as a member of the Board of Directors for the Harris County Dispute Resolution Center, Chairman of Peer Mediations and Schools Task Force for the Houston Bar Association and the Houston Bar Association ADR Section and on the State Bar of Texas Grievance Committee, as a member and Past Chairman 4B. He was also an adjunct professor at South Texas College of Law, teaching negotiable instruments, bank deposits and collections and secured transactions. Michael has also been recognized by Thomson Reuters as a Texas Super Lawyer for ADR, from 2003 through 2020, and as a top lawyer in ADR by HTexas Magazine in 2012 through 2016.

Michael has been selected in over 1500 mediations and has served as an arbitrator in over 100 cases (more than 80 as sole arbitrator or chairman of the tribunal). During the past year, Michael has conducted 12 mediations and has been appointed or selected in 8 arbitrations. He also assisted in writing and editing two chapters in the CCA Guide to Best Practices in Commercial Arbitrations and made a presentations on commercial arbitrations: (i) “Emergency Arbitrations,” at the Annual Meeting of the College Commercial Arbitrators; (ii) “Red Flags and Risk Areas: Challenges to Arbitrator Authority,” for the American Arbitration Association, and (iii) “Disclosures, Dispositive Motions and Discovery Disputes in Arbitration,” for the ADR Section of the Houston Bar Association.

He’s earned a spot as one of the most respected in the business of Alternative Dispute Resolution. Through Houston Bar Association’s Living History Project, Michael discusses the history of his former law firm and his introduction to working for a small business law firm.

More than two decades ago, the Houston Bar Association’s Historical Committee began interviewing senior members of the Houston legal community to capture their stories and perspectives on life and the practice of law. Click here to check out more of HBA’s Living History Project.

Check if my schedule is open for booking.

View my calendar and make an appointment with me according to your schedule and my availability.